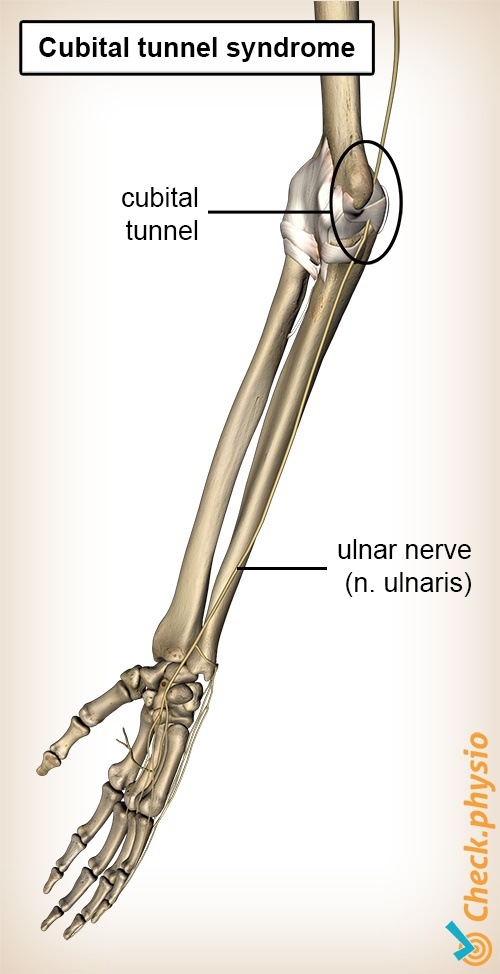 The presentation of cubital tunnel syndrome is similar to the pain that occurs when the elbow knocks against an object and an electrical, tingling or burning sensation shoots from the elbow to the wrist. This is also referred to as the 'funny bone'.

Cubital tunnel syndrome can be caused by an accident or fall, or by frequent pressure on the elbow (for example leaning the elbow on a table). It is also more common in people who frequently bend their elbows (for example carpenters, construction workers, office workers, playing a musical instrument, or lifting weights. People who sleep with bent elbows are at increased risk.

An in-depth conversation about the symptoms is followed by a physical examination. A few tests will be performed to stretch the irritated nerve and extra pressure will be applied to elicit the symptoms. An EMG - or electromyogram - can provide a definitive answer.

Relative rest and avoiding activities that provoke symptoms can yield improvements. The physiotherapist can advise you and may be able to reduce the symptoms. If the symptoms persist or become worse, a surgical procedure can be considered.