A distal biceps injury is characterised by pain in the crook of the elbow or above, along the front of the upper arm. It is an injury affecting the lower part of the biceps muscle and tendon. 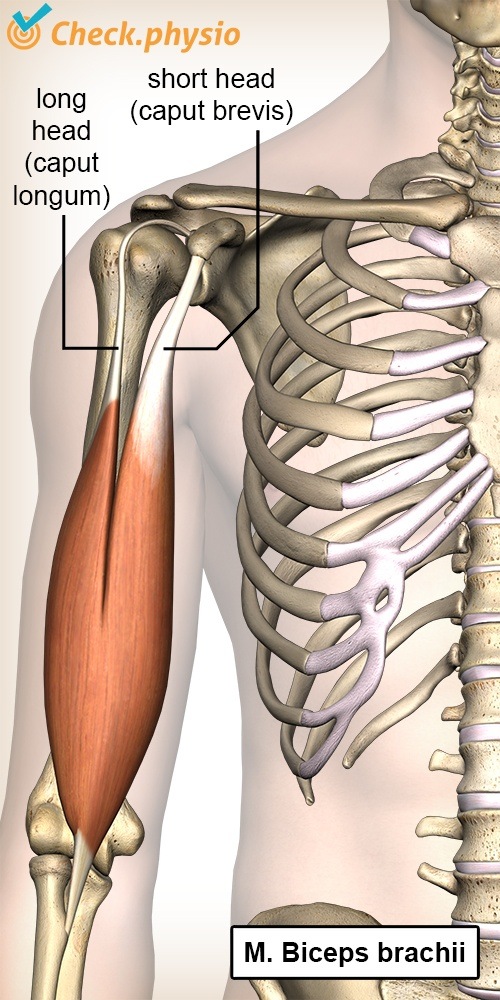 In the case of biceps tendinitis, the biceps tendon is inflamed. This is often confused with biceps tendinosis, which does not involve inflammation but is due to degeneration of the tendon (decreased quality).

The symptoms occur as a result of overuse. For example, forceful or repeated flexing of the elbow, or rotating the wrist with the palm of the hand facing upwards (as is the case when using a screw driver).

The symptoms are characterised by pain in the crook of the elbow when flexing the elbow (bending) and rotating the hand palm upwards (supination) against resistance.

A rupture occurs when exerting force. A clear snapping sound or sensations is observed, followed by the elbow suddenly being unable to flex forcefully.

The diagnosis is made on the basis of the patient's story about the origin of the condition, where the pain is located and what limitations there are. In addition, the strength may have decreased during the physical examination and a haematoma or lump may be seen in the upper arm. An ultrasound can be used to determine whether there is a (partial) rupture of the tendon or whether there is biceps tendinopathy.

In many cases, relative rest and physiotherapy are enough to alleviate the symptoms. Surgical reattachment is required if a biceps tendon rupture occurs. 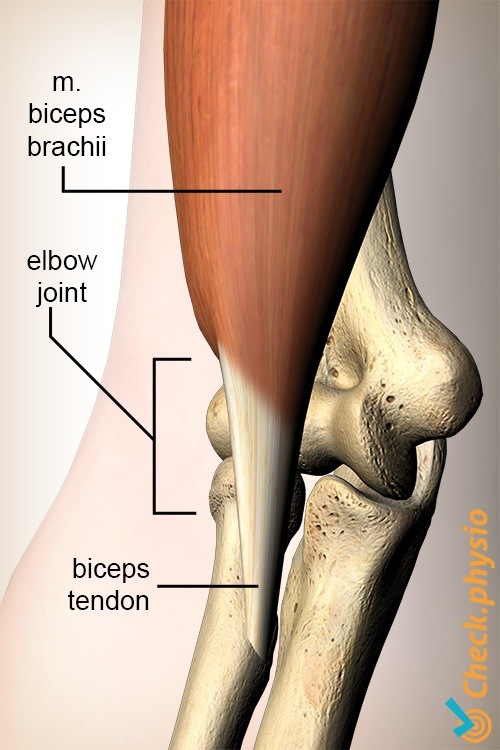