Posterior ankle impingement
Wedging at the back of the ankle joint

Posterior ankle impingement involves pain at the back of the ankle. The pain is caused by wedged structures. These structures are generally wedged during movements in which the ankle is extended. 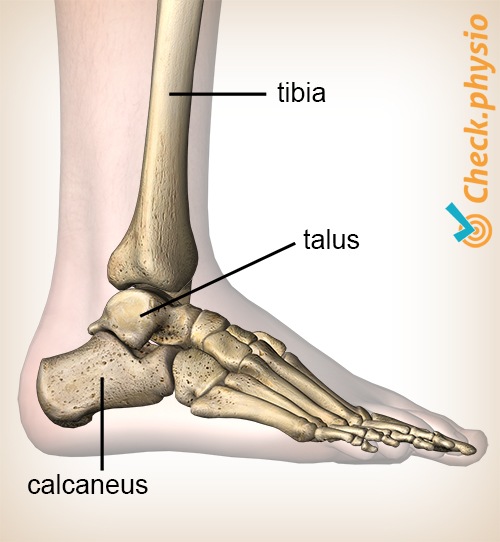 Because a posterior ankle impingement is difficult to detect, the symptoms often persist for a long time before the diagnosis is made.

An os trigonum is relatively often found to be the cause of a posterior impingement.

Posterior ankle impingement can occur acutely, for example, as a result of a forced movement of the ankle with the foot moving downwards. Sometimes a fracture can occur.

The symptoms can also be caused by strain. When there is repeated mild impingement, this can cause a little bit of damage each time. We call this microtrauma. If microtrauma occurs in the joint over a longer period of time, the damaged structures may eventually start to give rise to symptoms.

Posterior impingement due to strain is mainly seen in sports where the foot frequently moves downwards. This includes ballet dancers, footballers and runners. The extended position of the foot can cause compression of the structures between the heel bone and the tibia.

People who have an os trigonum have had it since birth. The size of this bone fragment can vary. If the os trigonum is naturally larger, it can wedge without other causes such as instability, strain, an accident or a sprained ankle.

The pain is mainly located at the back of the ankle and is sometimes felt inside the ankle. If bone structures are wedged, the pain is usually felt at the back and the outside.

At the time of the physical examination, tenderness is felt at the back of the ankle. The downward movement of the foot can provoke the symptoms. The mobility of the ankle joint is normal in many cases.

Because many different disorders can occur at the back of the ankle, it is difficult to make a proper diagnosis. As a result, many patients often walk around for months with these symptoms.

There are few good tests that make it easy to diagnose posterior ankle impingement. The diagnosis is therefore made on the basis of the patient's story, (pressure) pain provocation on specific points and pain during forced ankle movements.

Because many different disorders are possible, medical imaging is often used to rule out or detect certain disorders. It is also easier to determine the type of impingement in this way.

If a posterior impingement of the ankle is suspected, the cause of the symptoms is examined. If these are suspected to have arisen from instability of the ankle joint or strain, conservative therapy by means of physiotherapy is the correct treatment. The treatment will then consist of mobilising the joint, exercise therapy and, in particular, rest and adjustment of the sporting activity. This is mainly to prevent incorrect movements and/or overextending of the ankle.

In the case of soft tissue impingement, the results of conservative treatment are generally better than in the case of impingement of bony structures. If impingement of bony structures is suspected, surgery may be considered. It will usually be examined first whether the provoking movements can be avoided. This will often already result in a reduction of symptoms, making an operation unnecessary.

Athletes who cannot avoid provoking movements (e.g. top athletes) will undergo a surgical intervention. Surgery will also be performed if there is a loose bone fragment in this region. 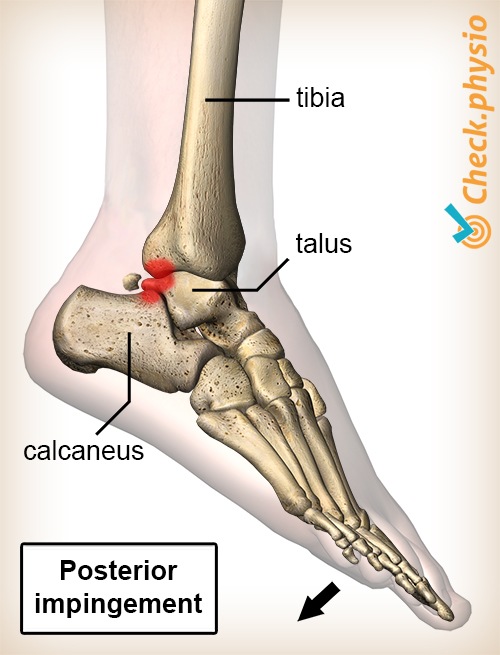 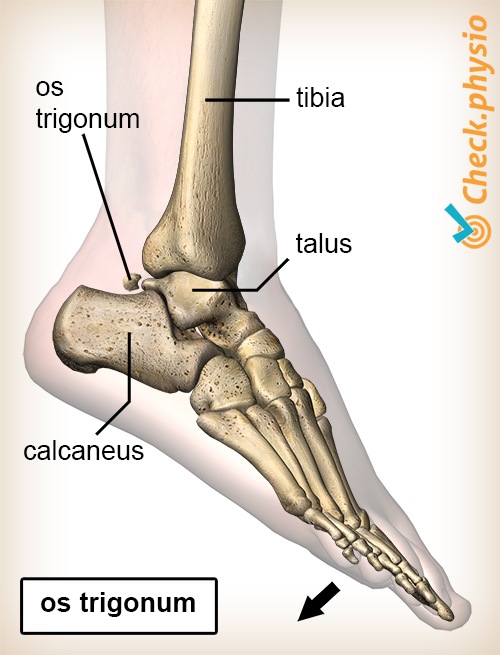