In carpal tunnel syndrome (CTS), the middle nerve of the hand, which enters the hand from the forearm, is impinged in the wrist joint. This causes pain, pins and needles, tingling or numbness in the fingers and the palm of the hand. 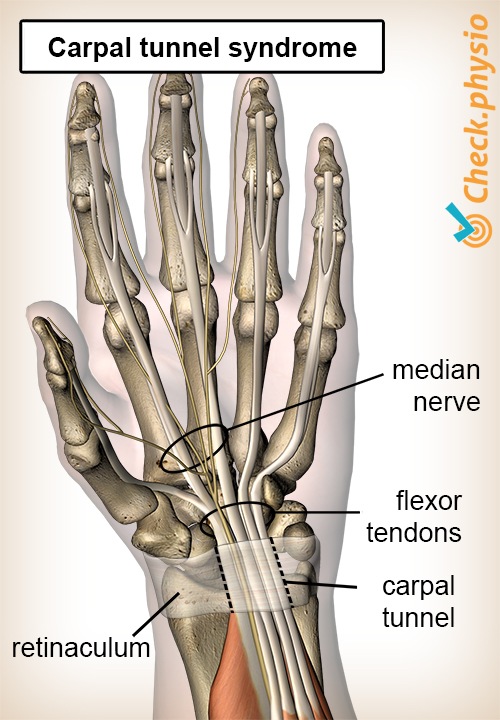 Carpal tunnel syndrome is more common in people aged between 40 and 60 years of age. In addition, women, pregnant women and people with rheumatoid arthritis or obesity are at increased risk of developing the symptoms.

The carpal tunnel is a narrow passage for nerves and tendons running from the forearm to the hand. The tunnel is formed by the carpal bones and a sturdy tendon ligament (also called retinaculum) that is located along the front of the wrist joint.

The middle nerve of the hand - the median nerve - runs through this tunnel. Sometimes the tunnel can become to narrow, causing the median nerve to become impinged. This causes symptoms in the hand, which we call carpal tunnel syndrome.

The diagnosis can be made based on the patient's story and the location of the symptoms. There are a number of tests that can support the suspicion of carpal tunnel syndrome.

A nerve conduction test (EMG) can be used to examine the functioning of the nerves. This is done using small electrical pulses. An EMG generally only has added value if a surgical procedure is being considered.

A quarter of all cases show spontaneous reduction in symptoms within a year. There are a number of treatment options: 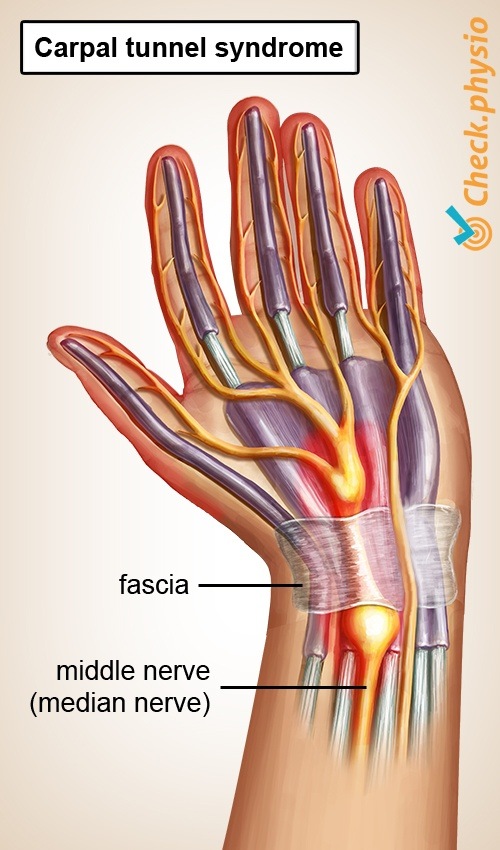