Boutonnière is French for "buttonhole". If the central slip is broken, a gap develops between the two outer slips. Because this resembles a buttonhole, this is also referred to as a buttonhole deformity. If the central slip tears, the side slips slide further to the side and pull the middle finger joint askew. At the same time, the distal joint is hyperextended by the tensile force of these side slips. This sliding of the side slips, causing the boutonnière deformity to become visible, often does not occur until a few days after the injury. In addition to this misalignment, there is usually also pain and swelling of the middle joint of the finger. The position of the finger cannot be actively corrected and the finger can no longer be used normally.

A boutonnière deformity develops after the middle slip of the extensor tendon of the finger tears. This can occur, for example, as a result of a cut, because the finger is dislocated or as a consequence of rheumatism.

Complaints associated with a boutonnière deformity are: - A characteristic misalignment of the finger that occurs a few days after the injury or accident. - Inability to extend the finger (this is often still possible at first). - Pain in the area of the injury - Swelling (swollen finger).

Usually, people with an extensor tendon injury are seen by the general practitioner or in hospital. An interview about the origin and the severity of the complaints will be followed by a physical examination. The position and function of the finger will be examined.

The location of the tear is painful and swollen. Sometimes the tear can be felt. Possible additional injuries - such as a fracture or cut - will also be examined.

Since the finger can still be extended at first, a torn central slip is sometimes missed during the examination. When the side slips slide down and the boutonnière deformity becomes visible after a few days, the diagnosis is easy to make.

An X-ray can show whether the tendon has separated together with a piece of bone.

When only a central slip is torn without the presence of an open wound, the finger will be put in a splint for six weeks. In this context, the middle joint of the finger is fully extended so that the other joints can still be moved normally. This will allow for the ends of the torn tendon to grow together again.

Surgery is performed when there is an open wound, a bone fragment has separated or splint therapy has been unsuccessful. In this case, the tendon is sutured or loose bone fragment is fastened. Afterwards, a pin is inserted in the finger to ensure that the middle joint of the finger cannot flex. This pin is removed after five weeks.

After this period, it is important to do exercises together with a (hand) physiotherapist to make the finger regain mobility and strength. It may be necessary to wear a protective splint for a number of weeks during sports or while working. 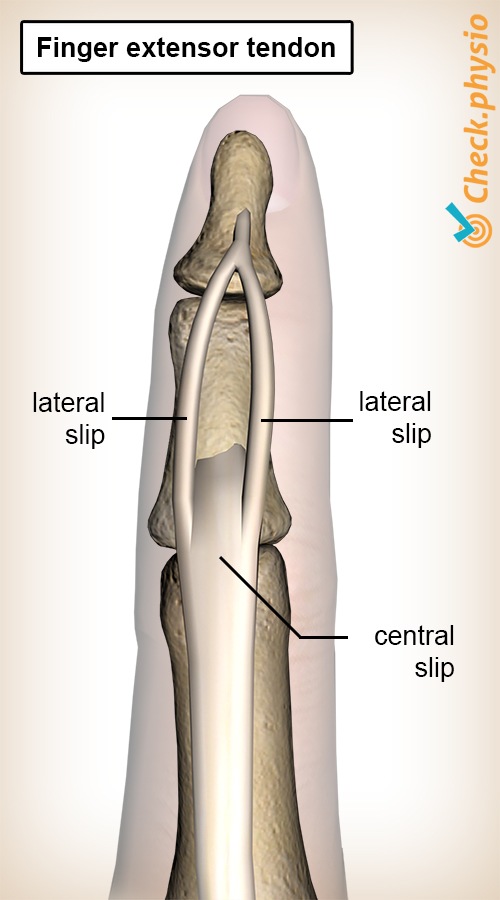 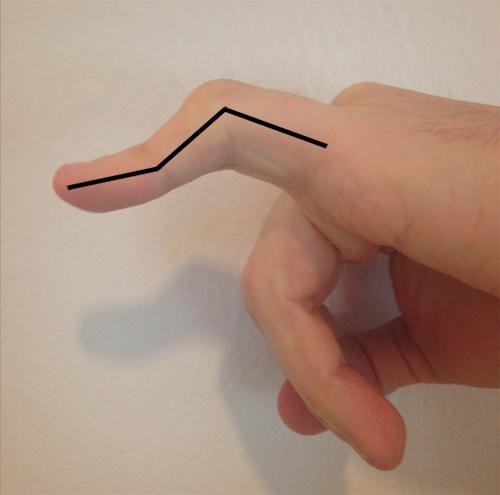