Climber's finger is a common injury that is seen in almost all climbing sports. The pain is located along the front of one or more fingers. 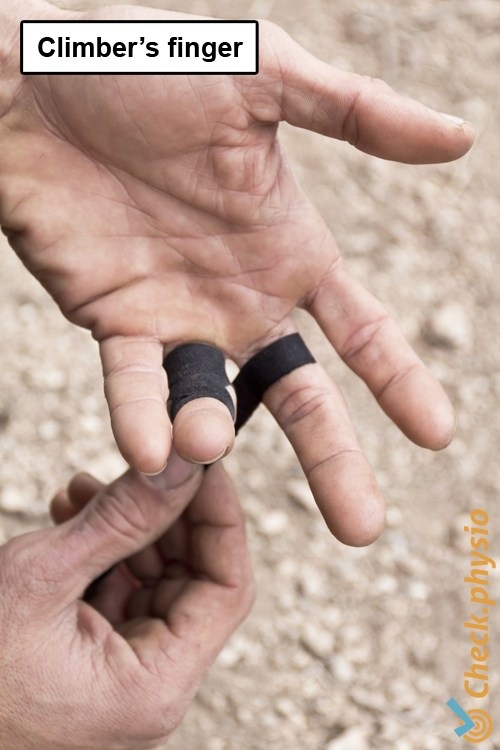 The middle finger and/or ring finger is affected in the vast majority of cases. This is due to the fact that these fingers carry the largest share of the body weight during climbing. Other fingers can also be affected, however this is much less common.

If one or more pulleys are partially or completely ruptured, we call this climber's finger or pulley rupture. The typical 'bowstringing' effect can occur in the case of a complete rupture of several pulleys. The flexor tendon separates from the bone during flexing movements, causing the bone and the tendon to form a crossbow figure. The A2 and A4 pulley appear to be affected more frequently than the other pulleys.

The symptoms occur as a result of a climber slipping or almost falling when climbing. The climber instinctively tries to break the fall by grabbing hold of a ridge. This exerts a sudden massive force on the flexor tendons and the pulleys. The pulleys are only able to absorb a limited amount of force. If the force on a pulley becomes too high, it will rupture partially or completely. An obvious 'snap' is felt if the pulley ruptures acutely.

Repetitive (small) overloading whilst climbing can also cause gradual damage to the pulleys. Small tears make the pulley more sensitive and susceptible.

If the physical examination does not provide clarity, the diagnosis can be confirmed by means of an ultrasound or MRI.

Conservative or surgical treatment can take place, depending on the nature of the injury. The literature includes the following treatment methods: 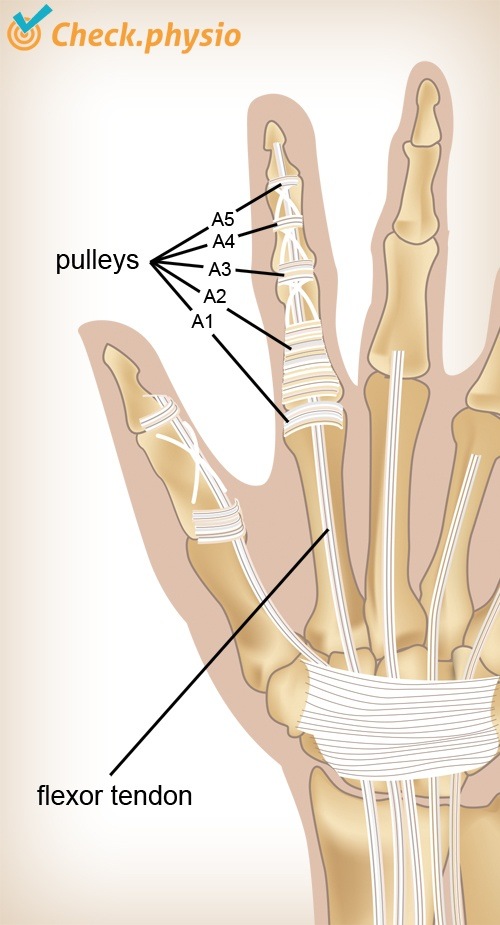 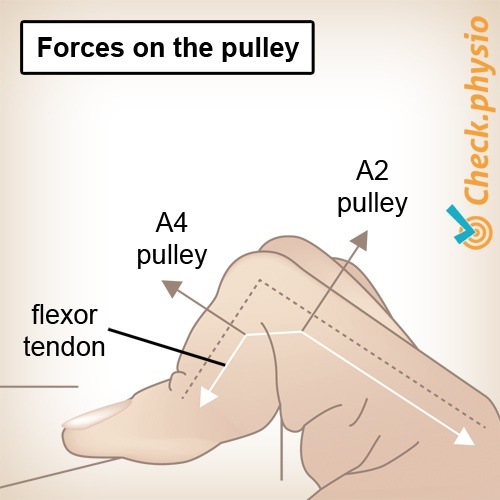