Radial tunnel syndrome is the name given to describe nerve entrapment in the forearm. The condition is also referred to as PIN (posterior interosseous syndrome). 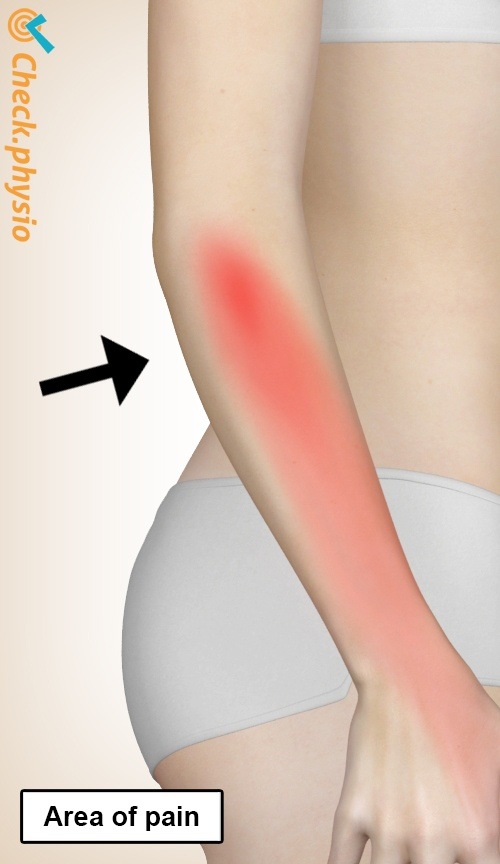 Radial tunnel syndrome is less common than the more frequently diagnosed tennis elbow. Both conditions have similar symptoms and are therefore difficult to distinguish from one another.

In the case of radial tunnel syndrome, the radial nerve is impinged. This is the nerve on the back of the forearm. The impingement is located between a number of muscles in the forearm. These muscles form a tunnel near the outside of the elbow. We call this space, through which the nerve runs, the 'radial tunnel'.

The complaints usually arise in people who frequently turn the forearm (pronation and supination). For example, when turning screws or unscrewing the lid of a jar. Due to this strain, the muscles swell and become hard and painful. This can cause the local nerve to become irritated. In the tunnel, the nerve can become pinched in several places.

During the physical examination, the most painful place is assessed. In the case of radial tunnel syndrome, the pain is felt lower on the forearm than in the case of a tennis elbow. In addition, the symptoms can be provoked by turning the palm of the hand up with resistance from a bent elbow position. Stretching the middle finger and radial nerve tension tests are also likely to trigger the symptoms.

If necessary, electromyography (EMG) can be done to measure the nerve conduction velocity. If this is clearly slower than in the other arm, the conclusion is clear: the nerve is not transmitting its signals properly and is therefore pinched or damaged somewhere

The most important thing is to give the arm some rest and to relax the muscles of the forearm in order to take the pressure off the nerve. This can be done, for example, through massage, dry needling and stretching. When this advice and therapy do not have the desired result, the nerve can be surgically released. 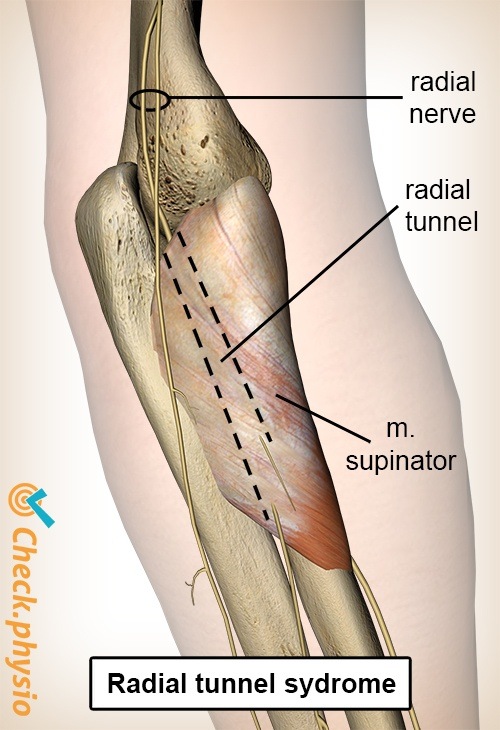