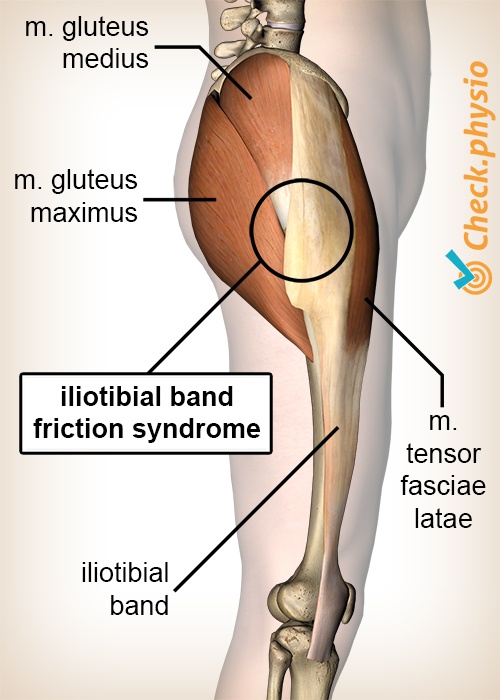 The condition is seen primarily in women of middle age and older. Men in other age groups can also be affected.

The muscles located on the outside of the hip are called the hip abductors. They raise the thigh outwards and prevent the hip joint from collapsing when we walk.

Anatomy
There are two muscles that attach to the iliotibial band which originate from the pelvis. These are the gluteus maximus and the tensor fasciae latae. The gluteus medius and the gluteus minimus are two other muscles are located underneath the first two muscles;. Those muscles run from the pelvis to the greater trochanter, where they attach. The vastus lateralis also attaches to the greater trochanter, which runs from there to the knee.

All these structures move directly over each other. Each muscle is surrounded by bursae to prevent friction. Bursae are like smooth bumper pads that prevent bones and tendons from rubbing over each other.

The symptoms can develop either gradually or acutely. There are various causes of greater trochanter pain syndrome.

There is pain on the outside of the hip, around the hard bump that can be located here (the greater trochanter). The pain is felt when walking and when one presses on the greater trochanter. This can also cause the patient pain during the night, when he/she lies on the affected side. The pain radiates over the outside of the upper thigh towards the knee.

The hip abductors can be weakened, resulting in the patient 'waddling', with the trunk leaning over the affected side (Trendelenburg's sign). Standing on the affected leg can provoke the symptoms, sometimes after even as little as 30 seconds.

Physiotherapy can provide relief if relative rest and alleviating the strin on the affected leg does not ease the symptoms. The treatment consists of excentrically performed muscle strengthening of the hip abductors. 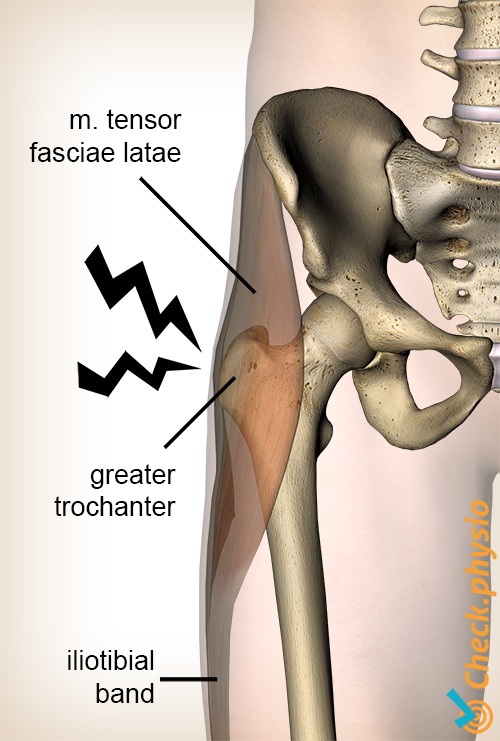 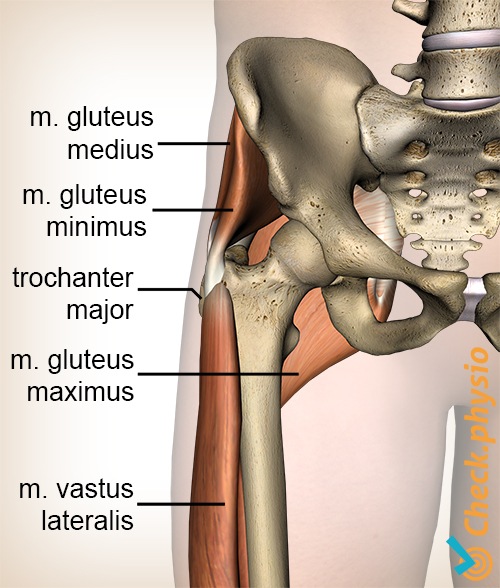