Scheuermann's disease is a condition in which the spinal column has grown abnormally convex at chest level. This growth disorder of the thoracic vertebrae manifests itself during puberty but is already present at birth. In addition to a convex upper back, we see a neck and lower back that are more concave than normal. 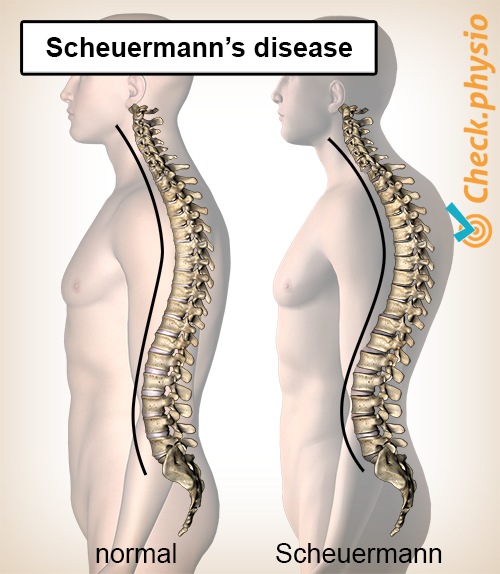 About 1% of the world population is diagnosed with Scheuermann’s disease. The disorder is named after a Danish doctor who discovered it.

The back is made up of stacked bones referred to as vertebrae. At chest level, these are called thoracic vertebrae.

Because the lower thoracic vertebrae do not grow at the same rate everywhere, a wedge-shaped vertebral body develops. The back of the vertebral body is higher than the front. As a result, this part of the back becomes more convex than normal. This bulge is referred to as hyperkyphosis.

In an attempt of the body to compensate for the bulging of the back, the concavity in the lower back and neck increases. This is referred to as hyperlordosis.

People with Scheuermann’s disease are more likely to be affected by scoliosis. This causes curvatures of the spine in a lateral direction.

The precise cause of the onset of Scheuermann's disease is not yet known, but it is probably due to a genetic defect that prevents the intervertebral discs and the vertebral bodies of the thoracic spine from growing normally.

The strain that the back is subjected to during growth can in fact have an influence. For example, the disorder is more common in young people who play sports that put a lot of strain on the back.

In the early stages of this disorder, there are usually few problems. As the growth disorder worsens, however, symptoms may develop. Symptoms that can develop with Scheuermann's disease are:

It is usually the child's parents who are the first to notice that the spinal column is bulging. It can also be seen in the shoulders, which are more often protracted.

Based on the patient's story and physical examination, Scheuermann's disease may be suspected. The physical examination shows an increased curvature of the spinal column in which stretching the back is very difficult. The final diagnosis can only be made on the basis of an x-ray.

When an x-ray is taken, a special measuring method can be used to determine how serious the disorder is. This so-called Cobb method, measures the degree of tilt of the vertebrae. Three or more vertebrae need to show abnormalities to make the diagnosis of ‘Scheuermann’s disease’.

There are various ways of treating Scheuermann's disease. However, there is no treatment that can cure the disorder.

It is important to start the treatment as early as possible in order to limit the consequences as much as possible. The position of the spinal column can no longer be adjusted in adulthood.

For example, it is important to emphasise activities that stretch the back. Bulging of the upper back should be avoided as much as possible. A physiotherapist can help do the right exercises and adopt a good posture.

If the back deforms rapidly or strongly, it may be necessary to wear a brace or corset that counteracts this. This is conditional upon the fact that this corset is worn most of the day and that the child has not yet stopped growing.

When there are very severe abnormalities, surgery may be a solution in which the back is straightened, as it were. Sometimes this also happens at a later age.

When someone stopped growing, there is nothing that can be done about the position of the spine. If there are complaints anyway, these will be treated with painkillers, exercises or other physiotherapeutic interventions. 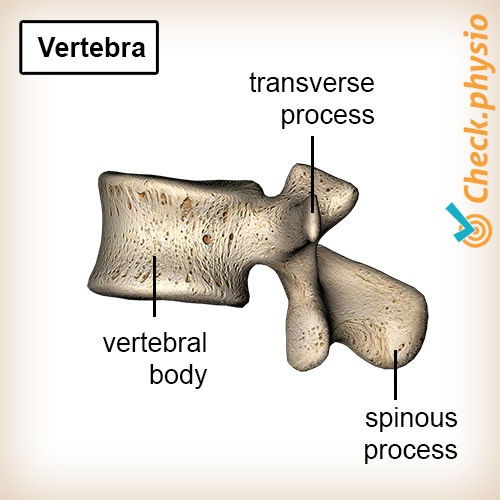 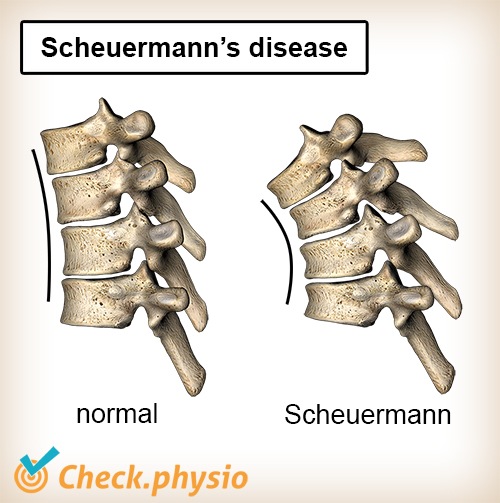