Scoliosis
Lateral curvature of the spine 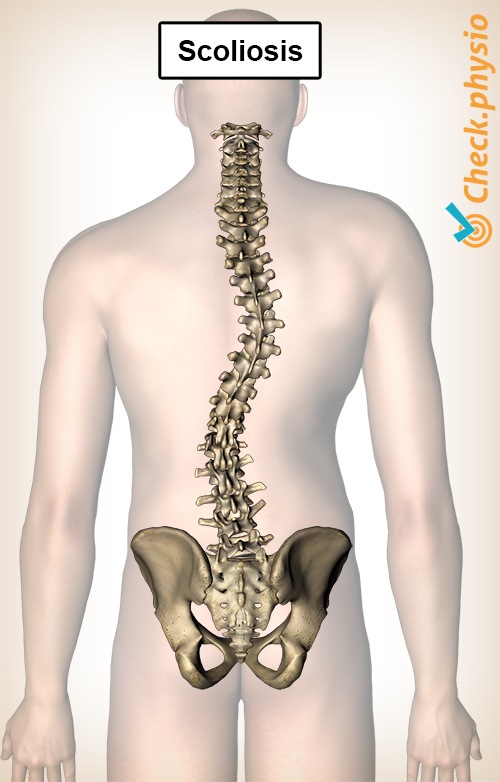 Scoliosis affects 2-3 percent of the population, most of them women. The severity of the condition and the associated symptoms can vary greatly from person to person.

A normal spine is straight as seen from the back or front. The separate vertebrae are properly aligned. This is not the case in people suffering from scoliosis. The spine is deformed because of lateral curvatures and twisting.

When the spine bends to one side, the person has a tilted posture. This is often compensated because elsewhere the spine bends in the other direction. This makes a person stand ‘straight’ again. When the thoracic vertebrae start rotating, the ribs rotate along with it and can create a gibbus deformity. This can result in the organs in the chest cavity to come under pressure.

An important complaint that develops in case of scoliosis is obviously back pain. However, this is often not prominent in the beginning. Shame and insecurity about appearance is a big problem in children during puberty. In addition, the respiration can become problematic because the lungs have less space due to the deforming chest cavity.

The cause of the development of scoliosis is categorized into four different forms. These include the congenital variant (1), scoliosis as a result of ageing or a muscular or nerve disorder (2) and the form of which the cause is unknown (3). These are sometimes also referred to as the structural scoliosis. These often manifest between the ages of 10 and 18. Finally, there is non-structural scoliosis (4). This can develop when a person tries to compensate for a difference in leg length or poor posture.

In most cases, this is a form of scoliosis of which the cause is (still) unknown. Genetic factors likely play a role in it. Initially, the shape of the spine is normal, but something goes wrong while growing and the spine becomes deformed.

Scoliosis can exist as early as birth, but is often only detected when the child is about ten years old. The congenital variant usually means that the vertebrae developed incorrectly. For example, there may be half vertebrae or vertebrae that have grown together on one side. As the child continues to grow, the abnormalities often increase.

When scoliosis is caused by a muscular or nerve disorder, it is because some muscles pull on the spine too hard. Or actually show too little activity. As a result, the spine distorts.

When a person’s spine only deforms at a later age, this is mostly the result of ageing. Think of osteoporosis or flattening of an intervertebral disc that lets the spine collapse unevenly.

Complaints associated with scoliosis can be very variable. They depend on the severity and extent of the deformity. Possible symptoms are:

Parents are often the first to notice that their child's back is not perfectly straight. During a visit, a doctor or (paediatric) physiotherapist will ask about the symptoms and perform a physical examination.

The practitioner will assess the spinal column for any curvatures. One way of identifying this better is to ask the patient to bend forward. This makes any hump more visible. After this, an x-ray is usually taken and the Cobb angle measurement is used to examine the extent of the curvature. An MRI can visualise the three-dimensional character of the disorder. These additional examinations also allow for the doctor to make a decision on the cause of the scoliosis.

Generally speaking, the earlier the condition is discovered, the greater the chance of a good treatment outcome. A choice can be made between a conservative and a surgical approach.

In terms of the conservative approach, the (possible) worsening of the scoliosis is closely monitored. During this period, a (paediatric) physiotherapist can help improve posture. A brace or corset can also prevent the symptoms from worsening. If the scoliosis is the result of a leg length discrepancy, this is corrected with a custom-made insole.

Unfortunately, a conservative approach does not always help and sometimes an operation is necessary to correct or reduce the symptoms. An orthopaedic surgeon will correct the position of the spine as much as possible using screws and rods. This is a significant surgery that is always followed by an intensive rehabilitation process with the physiotherapist. 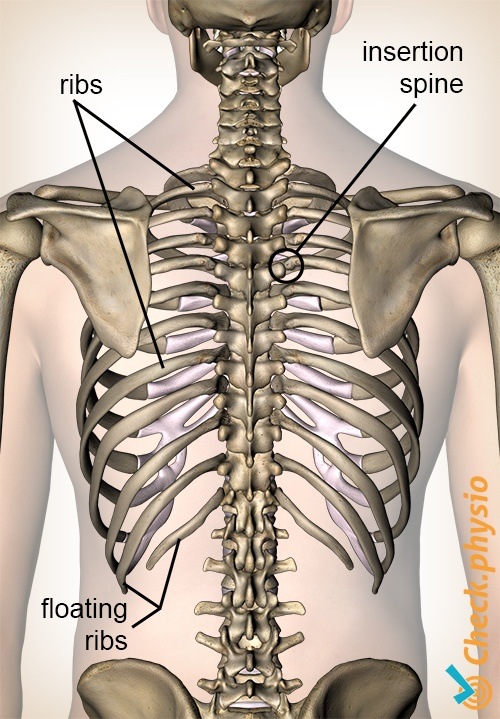