An impingement means "wedging". In hip impingement, a ring of connective tissue or the hip cartilage becomes wedged between the femoral head and the hip socket. This causes pain in the hip. 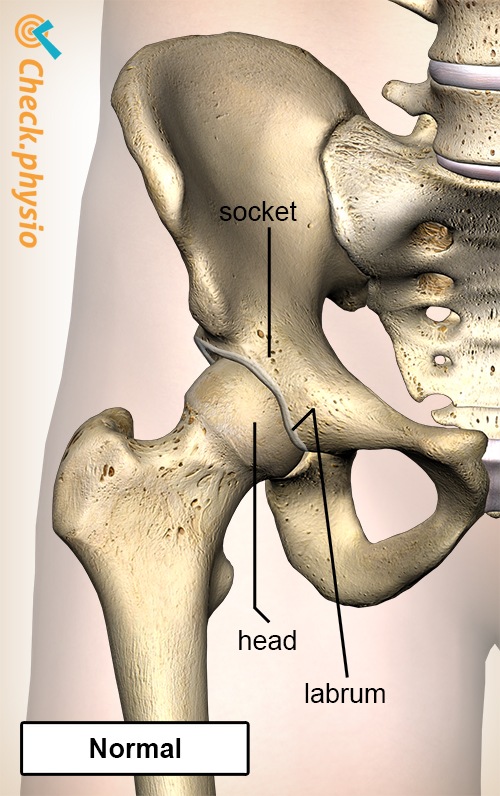 The hip joint consists of a femoral head and a hip socket. The head and the socket are covered by a thin, smooth layer of cartilage that ensures that both parts of the joint can glide over each other. Along the edge of the hip socket is a ring of connective tissue called the labrum. The labrum keeps the femoral head better positioned in the hip socket.

There are three types of hip impingement. The different types describe the joint shape of the femoral head and the hip socket.

Cam impingement
In this case, the curvature of the femoral head is not round enough, so that it becomes too large for the hip socket.

Combined (mixed) impingement
This is a combination of a cam impingement and a pincer impingement. Both anomalies are present.

The misalignment of the hip joint in itself does not cause any symptoms. However, if the misalignment causes damage to the cartilage or the labrum, complaints may arise.

Damage to the cartilage or the labrum is caused by the femoral head and hip socket colliding frequently and under the action of strong forces due to the misalignment. Because the hip joint is protected by the cartilage and the labrum, these get damaged first.

The abnormal shape of the joint is usually congenital. A deviation of the hip joint can also occur after a broken hip (hipfracture).

The complaints usually arise as a result of repeatedly straining the hip in extreme situations. These extreme situations are mainly seen during sports activities where the hip is frequently rotated and a lot of force has to be generated.

Hip impingement complaints can remain dormant for years before they really come to the fore. In the first phase, when there is only minimal damage, a hip impingement will not cause any pain at all.

The complaints that are seen with hip impingement are usually pain and/or stiffness in the groin region. In addition, stiffness or loss of mobility may develop in the painful hip.

Initially, the patient only experiences pain when the hip is moved in the end position or after strenuous (sports) activities that irritate the hip joint. After some time, the symptoms occur more often, for example, during light activities such as sitting or walking.

Major complaints are restrictions in the mobility of the hip joint. The rotations of the hip in particular are limited. In addition, the pain can be provoked by flexing the hip and rotating it at the same time. This movement causes the damaged labrum or cartilage to be wedged, as it were.

The diagnosis is made after a physical examination, during which the mobility of the hip is examined. It will also be examined whether there is any pain provoked by wedging movements of the hip. If hip impingement is suspected, it should be confirmed by an X-ray or MRI.

After the diagnosis has been made, an appropriate treatment programme is considered in consultation with the doctor, the physiotherapist and the patient. Initially, this may consist of reducing the weight-bearing on the hip by adjusting the activity level.

In addition, consideration should be given to if it’s possible to compensate for the limited mobility of the hip by mobilising areas around the hip mobilising. This often includes training certain muscle groups that protect the function of the hip.

If the activity level cannot be adjusted or conservative (non-surgical) treatment does not reduce symptoms, surgery may be considered. 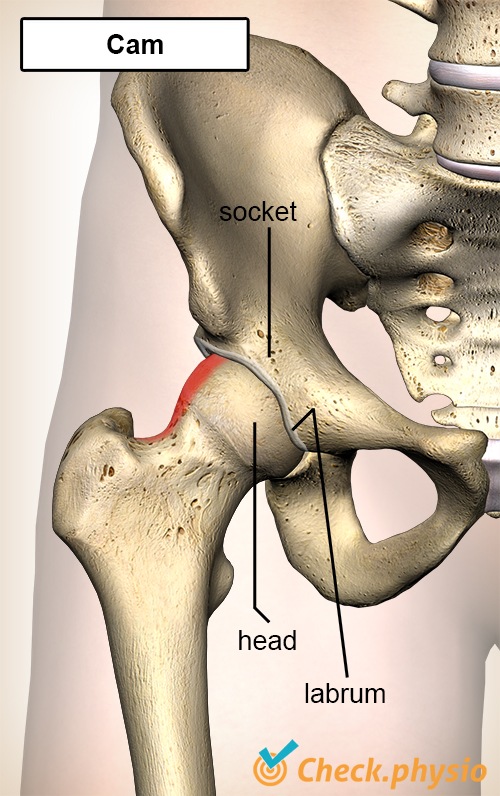 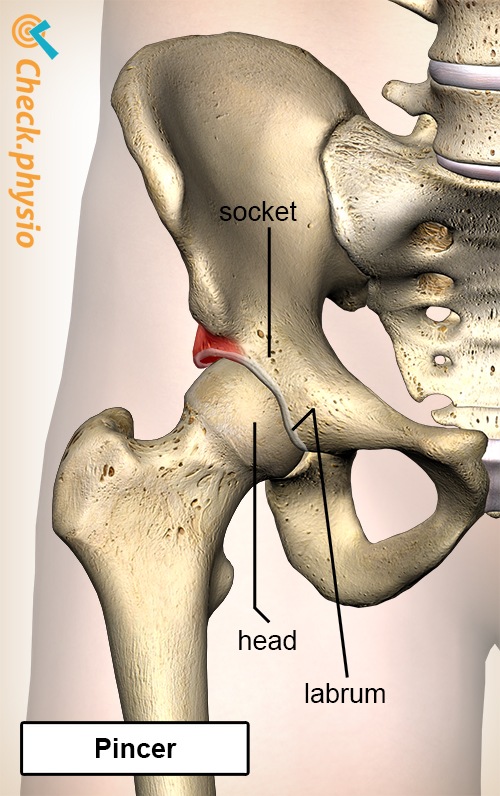 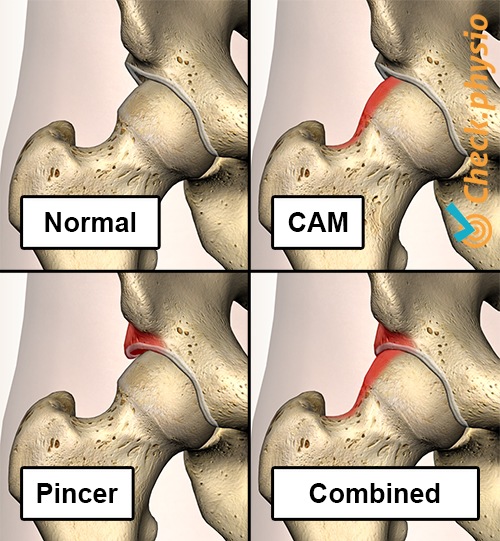