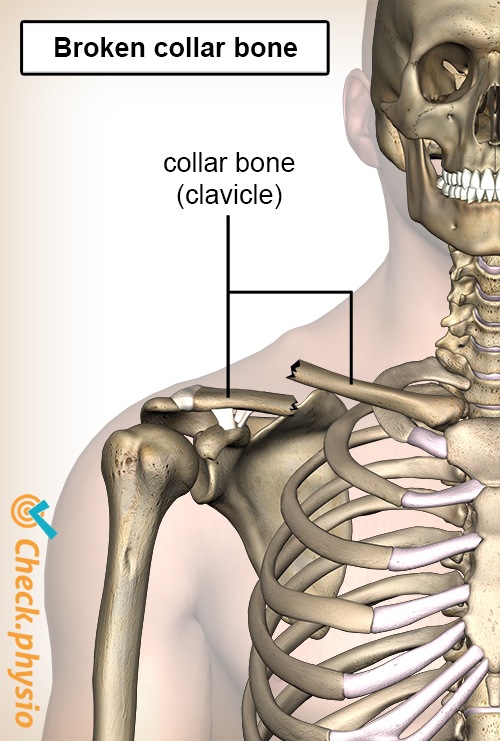 The Latin name for collarbone is clavicula. That is why, in the medical world, this is often referred to as a clavicle fracture when talking about a broken collarbone.

The collarbone is a long and thin piece of bone that can easily break because of an accident or fall. Below the collarbone are a number of important nerves and blood vessels that run to the arm. These structures are rarely affected when the collarbone is broken.

Usually, the fracture is in the middle of the collarbone (mid-shaft fracture). Because the ends of the collarbone are connected to the shoulder blade and sternum via strong ligaments, they are less likely to break.

The cause of a broken collarbone is usually a direct fall on the shoulder. Collarbone fractures are therefore common among cyclists and mountain bikers. Because they have their feet attached to the pedals, they are at greater risk of falling because they cannot always get their legs to the ground in time. Falling on a stretched arm can also result in a collarbone fracture. This is because the impact of the fall is thus passed on to the collarbone via the arm. The collarbone is a weaker bone than the arm, which makes it more likely to break.

A fracture of the collarbone will immediately cause a great deal of pain. Due to the pain, it is often impossible to move the arm in the beginning. Symptoms may include:

In most cases, a collarbone fracture heals fine without surgery. The conservative treatment usually consists of painkillers, rest and physiotherapy. In order to offer the arm and shoulder sufficient rest, a sling is generally used. 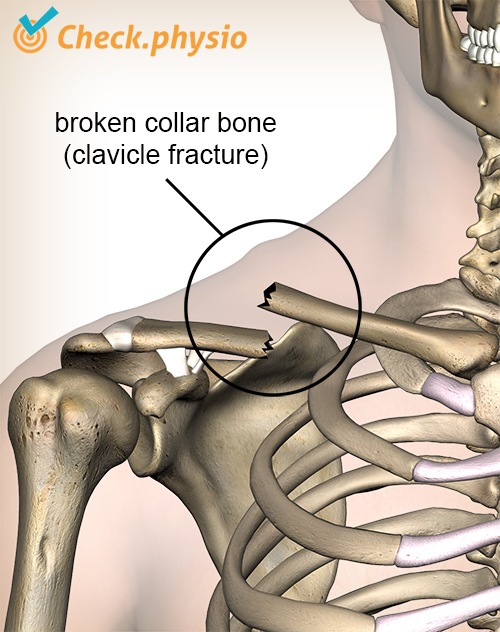 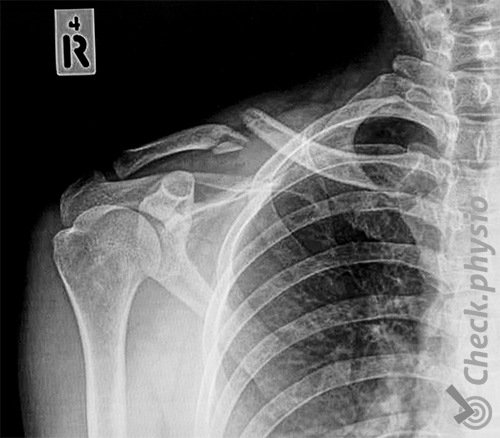