Tarsal coalition disorder occurs in about 1-2% of the people. In the congenital variant, complaints usually develop during puberty. Complaints that develop later in life are more likely the result of rheumatoid arthritis or develop after a traumatic joint injury.

Tarsal coalitions are most frequently seen between the foot bones referred to as talus and calcaneus, and between calcaneus and the navicular bone. A connection may also develop between other tarsal bones.

A tarsal coalition can be congenital but can also be the result of a joint disorder or an accident. When it’s a congenital disorder, it will appear in both feet in about 50% of the cases. The joint between the tarsal bones is already incorrectly formed at birth and develops into a tarsal coalition.

The moment at which the bones actually fuse, depends on the bones involved. Not all bones fuse together equally fast. Most congenital tarsal coalitions are mostly completed in the middle of puberty.

Complaints primarily develop before the age of 20. That is when the bones have fused and the strain on the joints often becomes greater because of sports. For example, even when someone sprains the ankle and does not recover well, this may be because of the presence of a tarsal coalition.

As for a non-congenital tarsal coalition, this is a disorder that has seriously affected the joint. Think of rheumatism, a fracture or infection. In a situation like that, the tarsal coalition can develop at any age.

Possible complaints of tarsal coalition are:

If the bones are completely fused together, the tarsal coalition can usually be seen clearly on an X-ray. A CT-scan or MRI can identify the problem in the first place when the connection between the bones does not (yet) consist of bone tissue.

If the above is insufficiently effective, surgery can be performed. During surgery, the two bones are disconnected again. The aim of this is to improve the mobility of the foot and to reduce the pain.

When a joint is seriously affected, or has fused over a large area, the joint is often completely immobilised. This option can also be chosen if previous surgery has not helped. The disadvantage, however, is that the mobility of the foot will always be limited after this procedure. The activity pattern will have to be adjusted accordingly. 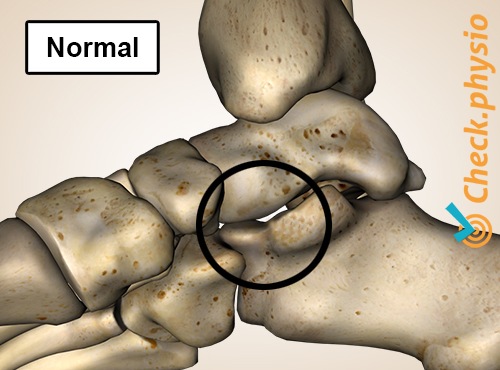 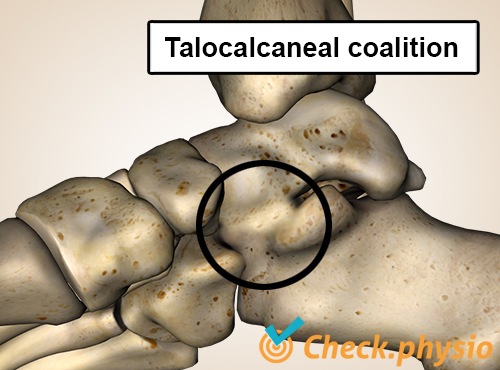