The sacroiliac joints (SI joints) are located to the left and right of the midline in the lower back. Together, they form the connection between the sacrum and the two pelvic halves. Problems with the SI joint result in pain in the buttock region, which can radiate to the leg. 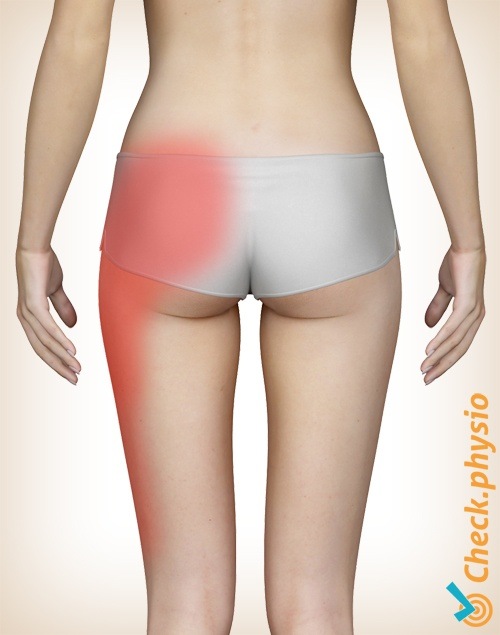 The connection between the sacrum and a pelvic half (ilium) is very rigid. This is the reason why there was discussion for a long period as to whether this could actually be called a joint. Despite the limited mobility, it was demonstrated that some movement takes place between the various bone segments.

It is thought that SI problems are caused by hypo mobility (stiffness), hyper mobility (increased mobility) and/or damage to the joint ligaments. The symptoms can also be summarised under the name 'SI-syndrome'.

A fall on the buttock(s) is a common cause of SI pain. The symptoms can also be caused by a motorcycle accident or when somebody missteps on the stairs. Other factors that can result in SI pain are infection, malignancy, pregnancy and repetitive overloading movements in the SI joint (micro trauma). In 35 % of cases there is no obvious cause and the symptoms occur spontaneously.

Various tests have been developed to detect SI pain. However, it remains tricky. The patient's story and the physical examination combined can give a fairly accurate idea of the symptoms.

In exceptional cases, the diagnosis can be confirmed by an injection in the SI joint. If this temporarily reduces the pain, this could mean that the SI joint was the cause of the symptoms.

Hypo mobility of the SI joint can be alleviated by physiotherapy and manual therapy. Usually the joint is loosened. Mobilising exercises can ensure that the stiffness is kept at bay.

An exercise programme with mobilising exercises for the SI joint can be followed here, or make an appointment with a physiotherapist near you. 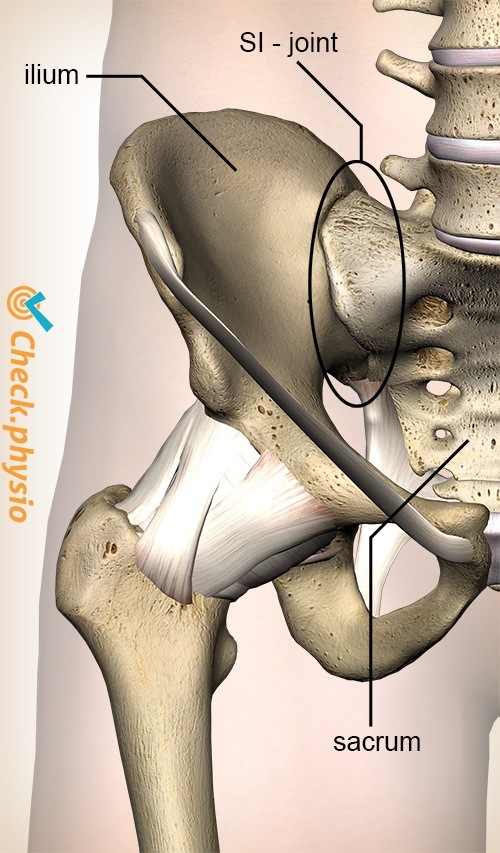