A ganglion is a benign localised swelling in the hand or wrist. It is a cavity filled with jelly-like fluid. A ganglion is also called a cyst. 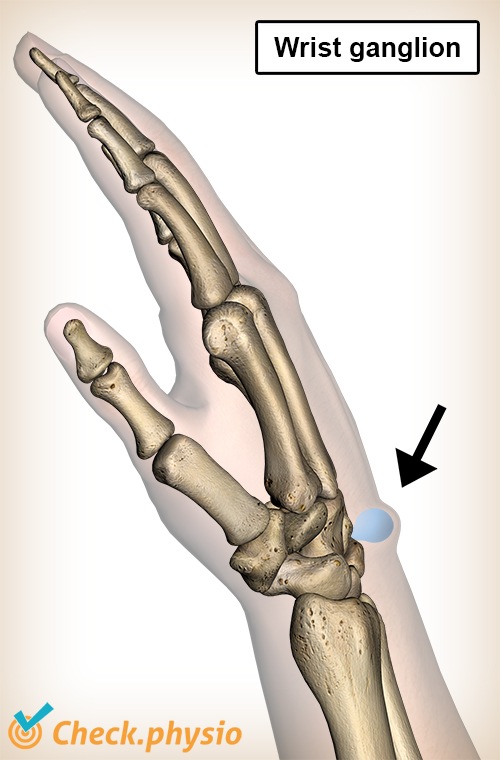 In general, a ganglion causes little or no functional problems. In more exceptional cases, a ganglion may cause pain or restrict the mobility of a joint.

A ganglion is a condition that often occurs in the hand or wrist It is a local swelling that can vary in size and sometimes disappear spontaneously. Through a connection, also called stalk, with nearby joints or tendon sheaths, fluid runs into the ganglion. This fluid has a viscous structure.

Ganglions are more common in women than in men. About 70% of people with a ganglion are women.

An exact cause for the occurrence of a ganglion is not yet known. It is often assumed that a local irritation plays an important factor in its occurrence. Such an irritant can be a strain or local disorder of a joint or tendon sheath. For example, osteoarthritis, ligamentous laxity or inflammations.

In about 10% of cases, there has been a preceding trauma (accident or fall), but in most cases there is no clear cause.

In most cases, a ganglion will not cause any symptoms, apart from a possible cosmetic problem. However, if it is located in an inconvenient place, or originates from an underlying wrist or hand problem, it can cause problems, such as:

A doctor or physiotherapist will ask a number of questions about the symptoms. This will allow him/her to get an idea of what might be going on. Then, during a physical examination, the movements of the hand and wrist will be examined and the practitioner will also be alert to any local swelling. This is generally a small, firm lump that becomes more visible with certain movements.

When in doubt, an ultrasound, X-ray or MRI can be made to confirm the diagnosis and rule out any other (underlying) conditions.

If a ganglion does not cause any symptoms, it will not be treated. It is then sufficient to reassure the patient. When symptoms do occur, the ganglion can initially be emptied. This is done with a needle that is inserted into the swelling. After this, an anti-inflammatory drug may also be injected. The disadvantage of this is the fact that the ganglion often fills up again (quickly) and the symptoms return.

When a ganglion keeps reappearing or keeps causing complaints, an operation can be a solution. The ganglion is then removed in its entirety. During the operation, the 'stalk' is also removed so that the ganglion can no longer fill with fluid. If there is an underlying disorder, this should also be treated. Unfortunately, there is still a chance that the ganglion will return.

After the operation, the hand can be used normally again after 1 to 2 weeks. 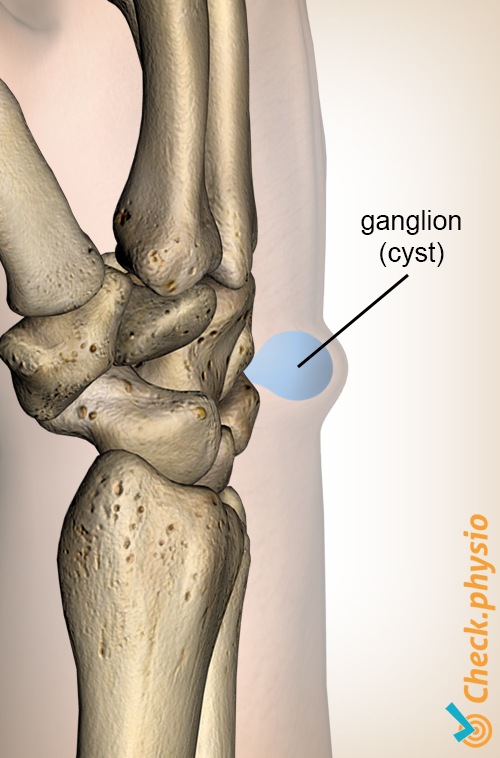