Metatarsalgia
Pain beneath the heads of the metatarsal bones

Metatarsalgia causes pain on the underside of the front part of the foot, just before the site where the toes start. The symptoms occur primarily whilst walking or standing. 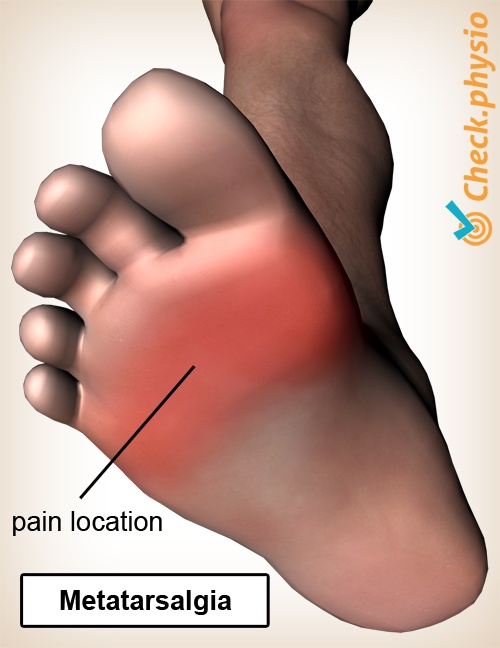 Metatarsus is the Latin name that specialists use to refer to the mid-section of the foot.

The area beneath the heads of the metatarsal bones is overloaded, which causes pain. Excess pressure on one or more of the metatarsal bones can cause the tendons and the periosteum around the heads of the bones to become inflamed and cause symptoms. Sometimes callouses or corns will develop on the underside of the foot at the site of increased pressure.

Another cause is thought to be insufficiency of the inner arch of the foot. This can result in incorrect distribution of the pressure in the foot, resulting in metatarsalgia. Decreased carrying capacity of one or more of the metatarsal bones can also result in a relative overloading of the adjacent metatarsal bones.


These symptoms are common with hallux valgus (bunion) and/or hammer toes.

Treatment is aimed at achieving improved distribution of the pressure in the foot. This can be achieved by reducing excess weight or by modifying the footwear by lowering the heel and wearing insoles. Surgery can be considered for persistent symptoms. The surgery is aimed at removing the cause of the problem. 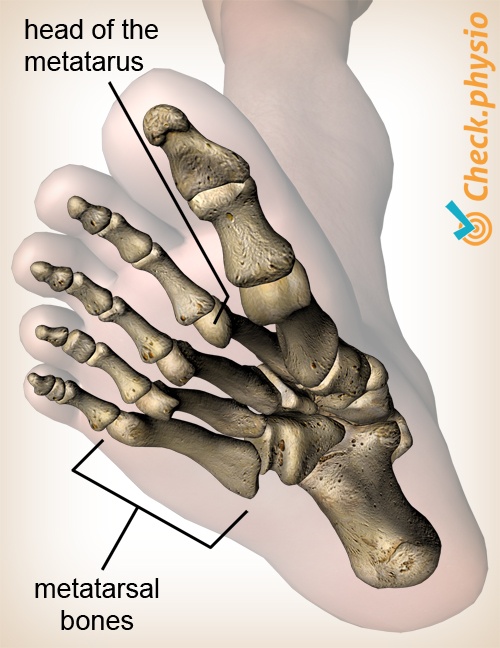