Slipped capital femoral epiphysis (SCFE) is a hip problem that occurs when the head of the femur (thigh bone) threatens to separate from the femur. The condition affects children aged 8 to 17 years. It can occur in one leg, but can also affect both legs. The diagnosis is often missed in children. 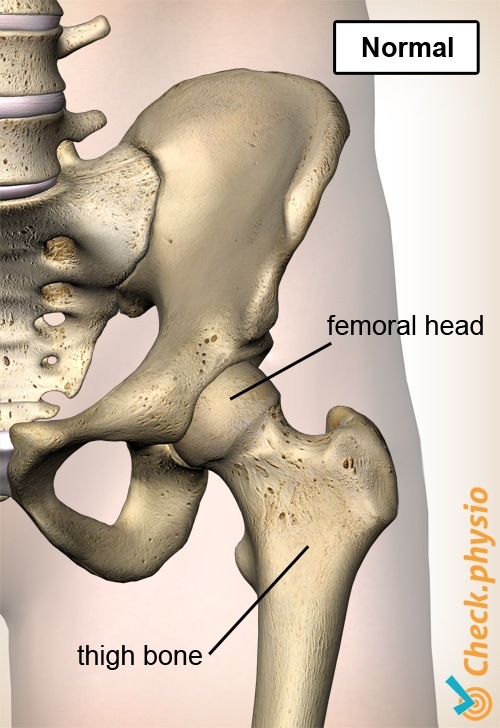 The abnormality is more common in children who are obese. However, very tall, skinny children also belong to the at-risk group.

Slipped capital femoral epiphysis frequently occurs in a period of rapid growth, shortly after starting puberty. For reasons that remain unclear, the growth plate located between the head of the femur and the femur weakens. This causes the femur to shift upwards and forwards in relation to the head of the femur. This can occur as an acute condition or a chronic condition.

The acute form usually occurs during an accident or fall and is very painful. The chronic form is associated with milder symptoms and these symptoms develop gradually. Consequently, the symptoms are often incorrectly interpreted as the result of a chronic sporting injury.

The patient usually limps and this is sometimes accompanied by pain in the hip, groin, thigh or knee that is hard to localise. In some severe cases, the child is no longer able to bear weight on the affected leg. There is a discrepancy in leg length, with the affected leg being slightly shorter than the other. The foot is often rotated outwards slightly, because the hip is rotated outwards.

The diagnosis is made using X-rays. 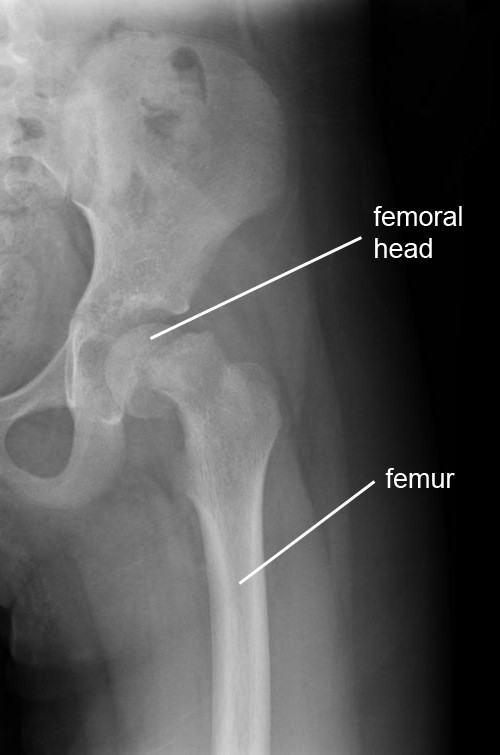